A power of attorney is a legally binding document by which someone (the donor) allows another person (the attorney) to act on their behalf if they are unable to do so themselves. For example, perhaps they develop dementia or suffer from an ongoing decline in the way their brain functions.

However, an enduring power of attorney is a different type of document by which a donor states that an attorney will in the future have power to act on a donor’s behalf if the donor is unable to look after their interests.

It’s imperative to note that both of these powers come with a lot of responsibility and control to the person who is appointed. And, there needs to be much caution when setting them up. Seeking out specialist legal advice from a team of solicitors is highly advised, especially if a court of protection is going to be involved.

Why is Enduring Power of Attorney Useful?

If you appoint a family member or close friend to control your affairs, should you become mentally incapacitated, then it means that there’s a low chance of ending up in a court of protection.

Who Can Act As An Attorney?

Anyone can be an attorney, but because of power that’s involved, it must always be someone you can completely trust to act in your best interests. You may also appoint more than one person, and this generally recommended if you have this option. However, with this being said, there are some people who are not permitted to an attorney; these include:

Are There Certain Duties That An Attorney Must Follow?

When an attorney is appointed by a donor, they must observe the following duties:

The Role of a Solicitor

Your Role as a Donor

As a donor, you will need to make a statement that you understand the power that you are handing over to an attorney(s). This statement will act as a safeguard to ensure that you are creating an enduring power of attorney with the full legal knowledge of what is involved.

The Role of a Doctor

It is a legal requirement for a doctor to verify the following 2 things during the time that an enduring power of attorney is being written:

When Does an Enduring Power of Attorney Come into Effect?

An enduring power of attorney can come into effect once it has been registered at a high court. Until this happens, a solicitor will keep hold of the document to keep it safe, but it won’t be legally binding nor in effect.

When your attorney starts to notice that you are losing your mental capacity, they will then apply to register the enduring power of attorney to the Office of Wards of Court. Only then will they be able to take over handling your affairs.

When Does an Enduring Power of Attorney Cease to Exist?

Unless it was previously revoked, an enduring power of attorney would cease to exist upon the death of the donor. The legal document puts an attorney in a position of trust which means there can be consequences for everybody involved. It is exactly for this reason why seeking specialist legal advice is so important.

How to Sue Your Insurance Company and Win 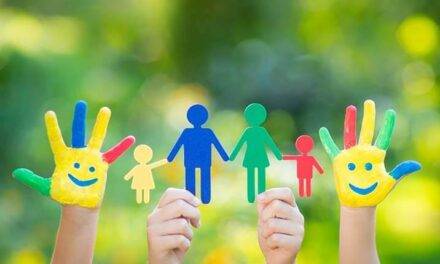 The Pros and Cons of Living Trust vs. Will in California

A Sinking Ship: 7 Telltale Signs of a Troubled Marriage