What Is Defamation of Character? The Basics Explained

What do Lady Gaga, David Beckham, and Sharon Stone have in common?

Aside from celebrity status, each of them has also filed a lawsuit for defamation of character.

You’ve probably heard the term before, but exactly what is defamation of character? How is it related to libel and slander? And how do you know if you have a legitimate charge of defamation against someone?

Keep reading to learn the answers to these important questions.

What Is Defamation of Character?

In the broadest sense, defamation of character happens when someone purposely spreads false information about you. As a result, your personal or professional reputation is tarnished. You also experience other damage, such as financial loss or emotional pain and suffering.

Defamation is more than a passing statement or idle gossip. Defamation of character appears in published form, whether written or spoken. The two most common types of libel and slander.

Libel is defamation that occurs in written format. This might include a newspaper article, a blog, or a digital statement. It also includes other types of published media, such as photos, emails, or social media posts.

Slander is verbal or spoken defamation of character. This includes any untrue statement made in a speech, interview, news broadcast, or similar setting. Any malicious statements spread virtually fall under this category too as online defamation or internet defamation.

Like most legal matters, there are a lot of gray areas about what constitutes defamation of character. Just because someone says something hurtful doesn’t automatically mean it’s defamation.

In fact, if it’s true, it doesn’t matter how hurtful the statement may be. Defamation of character only applies to statements that are 100% false.

Here are a few examples of statements that would be considered defamation:

Of course, there’s a big difference between stating an opinion and deliberately spreading a lie. For example, “John is arrogant and annoying” is an opinion. Spreading that opinion is hurtful and impolite, but it’s not slander or libel.

However, saying “John stole my computer” or “John cheated his way through law school” has an entirely different implication. If someone publishes these claims knowingly and recklessly, they could be found guilty of defamation of character by a court of law.

How to Sue for Defamation of Character

So, what is defamation of character?

Simply put, it’s a malicious untruth spread, either verbally or in writing, with the intent of damaging someone’s reputation.

If you find yourself in this unfortunate situation, what should you do? Your best bet is to speak with a qualified lawyer who can advise you of your rights and help you decide the best course of action.

In the meantime, keep browsing our site for more insightful legal advice. 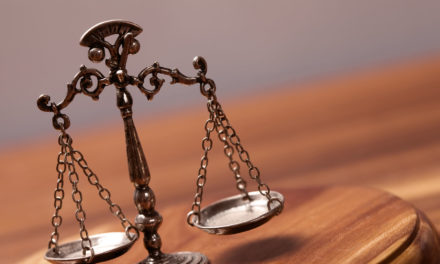 7 Questions That Need Answers Before You Buy a Motorcycle

Discover a Legislation Agency or Authorized Service Near Dwelling