Did you know that gun sales spiked by three million in spring 2020? Or that the number of people holding handgun permits has soared by more than 19.48 million? That’s a 34 percent increase over the number of permit holders in 2016.

These numbers reflect increasing concern about personal safety across the nation. A trend reflected in laws such as the Castle Doctrine in Texas. As a gun owner, you must have a thorough understanding of what the law does and doesn’t permit when it comes to self defense.

Moreover, if you’ve been involved in a recent self-defense incident that may fit the criteria of the Castle Doctrine, you need to know your rights. Keep reading for our ultimate guide to this self-defense doctrine.

The Castle Doctrine is outlined in the Texas Penal Code, Chapter 9, Subchapter D, after the Stand Your Ground Law in Texas. Under the “Protection of Property” subheading, you’ll find a discussion of lawful uses of deadly force at a residence (e.g., aggravated assault, etc.).

To better understand the law and the rights that it outlines, we must ask the question, “How does Texas state law define your castle? A habitation is any structure or vehicle designated as an “overnight accommodation.”

In other words, the law encompasses houses, trailers, and recreational vehicles (RVs) with a bedroom. But the law does not extend to detached buildings on a homeowner’s property such as outbuildings, barns, storage vehicles, or regular automobiles.

When Deadly Force Is Justified

Many residents are surprised to learn that the Castle Doctrine doesn’t necessarily cover defense against trespassing alone. This point brings up another essential question. When is deadly force justified?

For the court to determine a self-defense ruling, the confrontation you’re involved in must meet specific requirements. For example, the mere fact somebody is on your property doesn’t mean you have the right to shoot them.

Nevertheless, many Texans believe the law gives them the automatic right to defend themselves. They assume they can use deadly force any time somebody trespasses or threatens them. This assumption is not only wrong, it can lead to tragedy.

Which self-defense rights does the Castle Doctrine provide? The right, in response to a perceived threat, to react with an appropriate degree of force.

What Is a Perceived Threat?

What constitutes a “perceived threat”? More than an unwelcome presence on private property.

For example, if someone wanders into your home without presenting any clear or present danger, their mere presence isn’t a perceived threat.

A self-defense case must demonstrate a defendant only used force that was both reasonable and necessary in the moment.

The defendant must have a legal right to be on the property where the incident occurred. And they mustn’t be engaged in any type of criminal activity at the time of the event.

If the defendant provoked the victim prior to the use of deadly force, this also disqualifies them from using the Castle Doctrine defense.

Deadly use of force is also permitted if the victim tried to kidnap, rob, sexually assault, or murder the defendant.

Deadly Force vs. Threat of Force

This is also known as brandishing. It’s considered a chargeable criminal offense, particularly with the intent to change the behavior of the victim. In Texas, threat of force is seen as a precursor to the application of deadly force.

For example, a homeowner might show their weapon to an approaching trespasser. If the sight of the gun makes the trespasser leave the property, a Texas court will likely find this a justifiable threat of force.

How Does Defense of Another Work?

What about defending somebody else? According to Texas law, you may use deadly force to protect a third party if the intervention:

A self-defense ruling doesn’t cover situations where the defendant makes a mistake or acts out of confusion, though. If the individual misperceives the situation and injures or kills an innocent third party, the Castle Doctrine does not apply.

When is deadly force permissible in the protection of private property? To meet the conditions of this portion of the law, the defendant must be the land owner.

They must have an immediate belief that force is required to stop arson, burglary, or robbery. The defendant must also reasonably believe there’s no other way to recover or protect their property.

The Castle Doctrine in Texas

Texas has some of the most “open” gun laws in the United States. But as you can see from the discussion above, only a narrow sliver of altercations involving weapons fall within the scope of the Castle Doctrine.

Even if you believe you used threat of force or deadly force in a manner justifiable by the law, you could get arrested and put on trial. You may also face civil litigation and penalties related to the use of deadly force against another.

What’s the takeaway? Resorting to deadly force represents an extreme response. Learn more abut the Castle Doctrine with this article.

It should never be taken lightly. Reserve violence for truly dangerous and threatening situations.

You must meet specific criteria in the state of Texas for use of a firearm or other deadly force to fail into the self-defense category. Under these circumstances, you need to retain the services of a criminal defense attorney. Find out more about how they can help.

Get a Criminal Defense Lawyer

Have you been involved in a shooting or other situation requiring the use of deadly force? Do you want to know if the circumstances of the incident fall within the criteria outlined by the Castle Doctrine in Texas?

When charged with a crime, it’s typically you versus the State. The State must prove your guilt beyond a reasonable doubt. Nevertheless, prosecutors have access to a wide range of resources unavailable to the average citizen, making a private defense difficult.

Find out more about your legal rights. Browse our blog now.

What Is a Delayed Diagnosis? In Simple Words 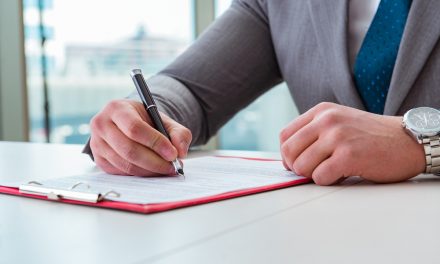