Are you self-employed? Do you run your own business?

If so, then you may be wondering about tax evasion vs tax avoidance. You might have been accused of this by the IRS and you might wonder how you can mount a successful defense against these charges.

Here’s everything you need to know about tax evasion vs tax avoidance.

To start with, what is the difference between tax evasion and tax avoidance?

The main difference is that tax evasion is illegal. Tax evasion was the only crime FBI prosecutors could find to pin on the gangster Al Capone in 1931, a famous case.

The difference between tax evasion and tax avoidance in practice is limited. But legally speaking, tax evasion is refusing to pay tax which is lawfully owed to the IRS. On the other hand, tax avoidance is placing it into a legal scheme to minimize or avoid paying it.

Evasion is a flat-out refusal to pay after you’ve declared your income or the IRS has calculated it for you.

If you commit tax evasion you are likely to end up with a fine, a criminal record, and even a jail sentence. This is the key to understanding the difference between tax avoidance vs evasion.

One of the easiest ways to commit tax evasion is to not declare what you owe. When the IRS catches up with you, you may find yourself in serious trouble.

American citizens have to pay tax on all money they earn anywhere in the world. This is true even if you work overseas and pay taxes in the country you’re living in. Failure to declare your income to the IRS from secret bank accounts can land you in a lot of trouble when you next land in the US.

Taking cash in hand for work that you have done and not putting this on your tax return is another way you can commit tax evasion. You could also outright refuse to pay tax bills the IRS sends you until you eventually end up in court.

Tax avoidance is different from tax evasion because it’s technically legal. For example, you may have taken advantage of a legal loophole in the law.

But these schemes are often shady and only work for a while, as the government is really starting to crack down on tax avoidance.

One way to avoid tax is to invest your money in a fake shell company whose purpose is simply to facilitate your tax avoidance. If the company does not list a profit, then all the money invested is not liable for taxes.

The British comedian Jimmy Carr used a scheme known as K2 to facilitate this on the advice of his accountant. The ensuing publicity ensured the scheme was closed down and he came under pressure to pay back any tax that he had legally avoided.

Such companies are often registered in tax havens like New Jersey and the British Cayman Islands to avoid scrutiny by law enforcement.

Laundering Through Someone Else

Another common way used for tax avoidance is to launder your salary or earnings through someone else or multiple people.

For example, you could have your salary paid to a family member or friend. The money could go into their bank account, even though you carried out the work.

This is easily detected. If there is evidence that the individual did not actually do the work you were paid for, you would need a tax defense lawyer to help you out in court.

Donating to charities doesn’t usually account for your overall tax bill. However, if the charity then gifts that money back to you in any way, you could be liable to pay taxes on it.

Some people choose to put money into charities when they near the tax threshold rather than hand it over to the IRS.

What counts as a charity is not heavily regulated. However, you should know that the IRS has been known to make examples of charities abusing the rules. If the charity is shut down, that could end up costing you more than if you’d simply paid the tax in the first place.

If you have a genuine business abroad, then you could have a legitimate reason to keep your money out of the US — as long as you declare it.

Many other countries have competitive rates of tax and may also have more business opportunities. You might feel it’s worth funneling your funds for your US business or income through a business based abroad.

If you want to do this, then be sure to do this properly. Inform the IRS of your plans and hire a lawyer of good standing in both countries to help you.

If you are unsure about any advice your lawyer or accountant offers you, it’s never a bad idea to get a second opinion.

Tax Evasion vs Tax Avoidance: Get a Lawyer on the Case

Although one is legal and one is not, tax evasion and tax avoidance can both land you in a lot of trouble. You don’t want to get caught up in either of those scenarios.

The implications of not paying your taxes can also have a detrimental effect on the general welfare of the country. These funds are used to pay for roads, schools, and other vital services. If everyone dodged their taxes, the government couldn’t provide these services.

Always consult a lawyer and an accountant that you trust to explain tax avoidance vs tax evasion if you’re still unsure where you stand.

Are you interested in learning more about tax evasion vs tax avoidance, as well as other important legal matters? Be sure to check out the rest of our site.

How Much Does It Usually Cost to Hire a Divorce Lawyer? 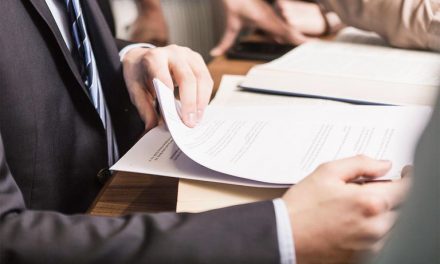 Tips for Choosing an Immigration Attorney