Driverless Trucks: A Look at Autonomous Vehicle Law and Liability

Do you ever wonder about where you will be in 10 or 20 years? Probably not driving a car manually.

The world is on the cusp of changing, rapidly. We are all on the path to adopting new technology and entering a new world. And driverless trucks are already in service; since they have so much potential for businesses, they might even hit the road before driverless cars.

But what are the rules about self-driving car liability and are self-driving vehicles good for the insurance world? Here’s everything you need to know.

The main issue with driverless vehicles at the moment is regulation. The government worries that they are not yet safe enough to be on the road with no humans at the wheel.

Until recently the law stated that for a vehicle to be road-worthy it had to include a human at the wheel controlling it; this is also the stated assumption in all legislation regarding the road.

Now, however, the National Highway Traffic Safety Administration (NHTSA) has agreed to change the legal definition of a driver and what constitutes a car.

For the first time, a vehicle now doesn’t have to include a steering wheel. This might not sound like a big deal but it’s a recognition for the first time that the world of driving is changing.

This incident pushed everything back when it came to self-driving car regulation and autonomous vehicle accidents as the world worried about the safety protocols of driverless cars.

Driverless cars and driverless trucks will take over from vehicles with drivers when they are regarded as being safer than the human errors we make. This incident pushed back self-driving vehicles in public perception by a long way and damaged their reputation.

One of the biggest questions is who is liable for accidents involving self-driving cars when there is not a backup driver?

In usual circumstances, one driver is found at fault and they are then required to pay the medical bills of the over driver and any out-of-pocket expenses. But in a situation where the driver is not in control of the car who should pay?

Many argue it should be the company that owns the self-driving car? But those companies would argue they can’t be responsible for a few errors that occur 1 in every 100,000 or 1,000,000 rides if they have taken the correct precautions.

The issue becomes more complex when we consider self-driving trucks. They are so big and have the capacity to cause considerable damage if they crash, yet there is little point in the tech existing at all with a backup driver.

A lawyer like Just Call Moe – Justcallmoe.com – will be able to answer more questions on the liability of driverless trucks.

Driverless Trucks: The Future is Bright

The future for the world with driverless trucks is bright but we are at a turning point in their development.

Crucial questions for all driverless vehicles and who is liable for causing accidents remain and will need to be answered in the coming years.

If you are interested in reading more about driverless trucks and self-driving car liability be sure to check out the rest of our site.

When You Should Consider Your Job Loss as Wrongful Termination?

Learn how to Discover Authorized Recommendation for Personal Companies 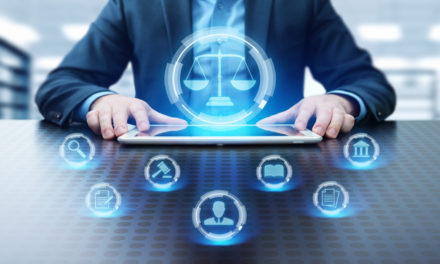 The best of the best: 4 ways to build you reputation as a lawyer