For many couples, the dog is an extension of the family, and the thought of your soon-to-be ex having full custody of your furry little friend can be heartbreaking.

As with many things regarding a divorce settlement, a lot goes into this final decision. Here are some things to consider.

The Law Regarding Pets

Your pet might sleep in your bed and eat at the table, but as far as the law is concerned, your pet is considered property, not a child. Official custody of your pet after divorce doesn’t exist as it does for a child.

In the eyes of the law in the United States, Australia, Great Britain, and other countries, either you’ll become the owner of your pet or your spouse will. No shared custody can be enforced by the law, although you and your ex may come to an agreement to share custody of your pet outside of a courtroom.

Legislative Changes in the Air

Things may change in the future. Last year, Alaska became the first state to require that their courts consider the well-being of the pet when determining the home. Illinois has also adopted this law, and many judges across the country enforce it of their own accord.

Many people are advocating to change the laws surrounding pets. They encourage courts to view pets as sentient individuals rather than property, meaning the animals have rights in situations such as divorce.

Animals that are registered as emotional support companions may be the best support for this argument. Scientific studies have proven a significant connection between animals and their owners, and that could be what changes legislative minds.

Those who would need legal help can research family law in Brisbane and other major cities throughout the world. Those who would like to see a change can contact their legislators to show their support of treating dogs like family rather than property.

How to Fight for Your Dog

Becoming the sole owner of your pet on wants alone is easier in states such as Illinois or Alaska where the pet’s well-being is considered. You can earn ownership of your dog simply by expressing a profound desire to do so. You can also earn joint custody.

If you want the dog, you’ll have to fight for it. You can include sole ownership of your pet in the demands of your divorce. You might also prove that you were the one most responsible for visiting the vet, paying for an expert dog trainer, food purchases, and more.

Success Stories of Fighting for the Dog

Even in states where dogs are recognized as property only, you might be able to gain ownership of your pet. Several owners have earned this right thanks to their diligence. Here are a few examples, according to a Huffington Post article.

One judge struggled to determine appropriate pet ownership for a couple in Las Vegas. It was not clear who was the better owner for the pet, so the judge convened court in a park. The judge determined that whomever the dog went to naturally without treats or calling would get the dog.

In this case, the wife won. The dog sauntered to her naturally, and the husband was left with $500 in the place of custody.

In a different, high-profile case, a childless couple who had been married for seven years fought a grueling battle over a purebred Doberman pinscher. Not only was this pet a member of their family, but he was also a prime candidate for purebred breeding.

The judge was very thorough in this case, calling in witnesses, checking veterinary records, and reviewing adoption paperwork. The dog had also been registered as an emotional support animal for the wife, which made the decision even more complex.

Both individuals spent a lot of money on attorneys to fight their cause, but ultimately, the judge was unable to determine ownership based on the evidence produced. Finally, the attorneys worked with the couple to arrange a split custody agreement. 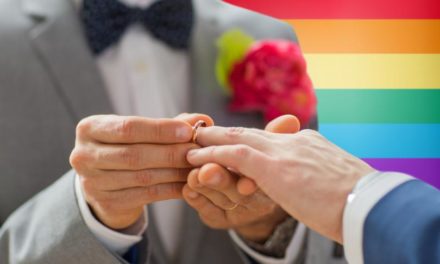 5 Key Questions You Should Ask Before Hiring a Divorce Attorney