Here is what to expect from a Criminal Defense Attorney

Look around in the courtroom during a criminal trial. You will realize that everyone including the witness, the jury, and the judge is bound to find the truth. Incorrect information and false accusations from the prosecutor can result in a reversal at the polls and in the appeal courts, and members of the press can be sued for libel. The only individual not pledged to tell the truth, let alone bound by is the criminal defense lawyer. If you intend to hire a criminal defense lawyer, here is what you should expect from them.

More than representing you in a courtroom

The criminal defense attorneys aren’t supposed to put any witness on the stand who will commit perjury. They can never hide a murder weapon in their offices, and they aren’t obliged to pick it up. Besides, these professionals are free to obstruct the quest for searching the truth in any way, but they must stick to the rules of evidence.

A competent criminal defense lawyer in Collin County understands that witnesses are a fair game, even if they tell the truth. And so is every scientific test and every piece of evidence even if the testing process or evidence collection process was performed by a professional. The lawyer can impeach the individual who found the evidence, question the manner in which the evidence was secured, debate the accuracy of the scientific tests, and even undermine the reliability of the facility where the tests were performed.

Well, in some criminal cases, these are simply theoretical possibilities. This is because some defendants aren’t lucky enough to hire a lawyer who can dedicate his or her resources to investigate the true possible defenses. Besides, many defendants can’t afford private investigators and qualified scientists, criminalists, and forensic experts. That means when hiring an attorney, you should focus on getting a dedicated professional: one whose primary mission is to help you win the case and has experience and a track record in handling cases similar to yours.

The criminal defense lawyer can help

In addition to calling and cross-examining the witnesses in your defense, your attorney can also;

Some criminal defendants who seek to represent themselves in court think that reading books and internet materials that spell out crimes, defenses, and punishments can help them take victory home. Well, there is a clear distinction between learning about the law and practicing it in court.

Primary Issues You Ought to Know About Drunk Driving In California 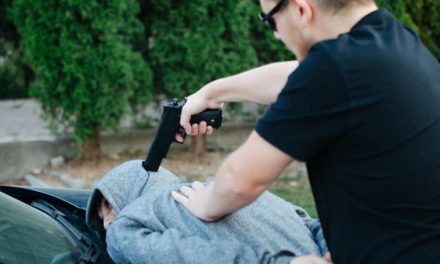 Steps to Follow If You Get Arrested For A Crime